Ulrike Almut Sandig was born in the late GDR and now lives with her family in Berlin. She started publishing her poetry by pasting poems onto lamp posts in Leipzig and spreading them on flyers and free post cards. After completing her studies in Sociology of Religions and Modern Indology, she graduated from the German Creative Writing Program Leipzig. Story collections, pop music albums, radio pieces, various poetry collections and her novel „Monsters like us“ (Seagullbooks 2022) have been published to date. For her poetry performances she works with composers and performance artists, such as Hinemoana Baker (NZ), Alif (IND) and Grigory Semenchuk (UKR). She is frontwoman of the poetry collective Landschaft which stirrs up poetry, film and loop-based electronic music. In 2015 Ugly Duckling Presse (Brooklyn, USA) launched a selection of her early poems in Bradley Schmidt’s translation. In 2016 Karen Leeder’s stunning translations of Sandig’s latest poetry „Thick of it“ (Seagull Books, 2018) won the English PEN translation Pitch and have been awarded with an PEN America/Heim Translation Fund Grant. Her latest poems in English translation „I Am a Field Full of Rapeseed, Give Cover to Deer and Shine Like Thirteen Oil Paintings Laid One on Top of the Other“ reanimate the dark side of The Children’s and Household Tales of the Brothers Grimm and use it as a backdrop for contemporary European concerns: war, migration, the rise of the Right. Ulrike Almut Sandig is a member of the German PEN section Berlin.

More info about the author 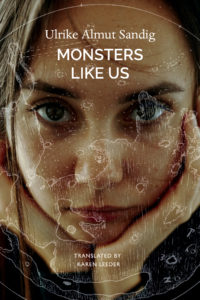 A novel of two young friends growing up on divergent paths in the last days of Communist East Germany.
Translated by Karen Leeder
Published by Seagullbooks, 2022.

‘[A] musicality, together with the compelling narrative, makes Monsters Like Us a novel to be read and re-read; one discovers different layers of meaning on revisiting the text. Though pervaded by melancholy, it offers some hope for a better future, at least in the figure of Ruth. Far from being the “dummy-doll” of her childhood, she ultimately finds the strength to rebel and stand up for herself.’— Fiona Graham, Litro. Read the full review here.

I Am a Field Full of Rapeseed, Give Cover to Deer and Shine Like Thirteen Oil Paintings Laid One on Top of the Other (Poems) 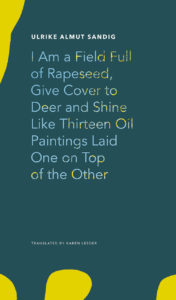 Karen Leeder’s translation of Ulrike Almut Sandig’s innovative 2016 poetry collection allows space for a startling variety of distinct speakers. Characters from Grimm fairy tales wait beside voices recognisable from present-day bus-stop and street. The fairy tale theme (wolves, Hansel and Gretel) runs throughout this collection, the first half of which deals boldly with conflict and war crimes in recent memory. Leeder shapes a polyphonic work where Fitcher’s bird bathes in honey before butchery and priests lift from the ground. The title of this book is a beauty in itself, making it an excellent clue to what lies within.—Judges’ citation for the Oxford-Weidenfeld Prize (Shortlisted)

This poetryfilm is dedicated to the German poet and philosopher Friedrich Hölderlin (1770 – 1843) who was diagnosed with schizophrenia. SHINING SHEEP (Leuchtende Schafe) is a consolation for the sleepless, the despaired, the left alones of our own century. Good night, Friedrich, sleep tight. 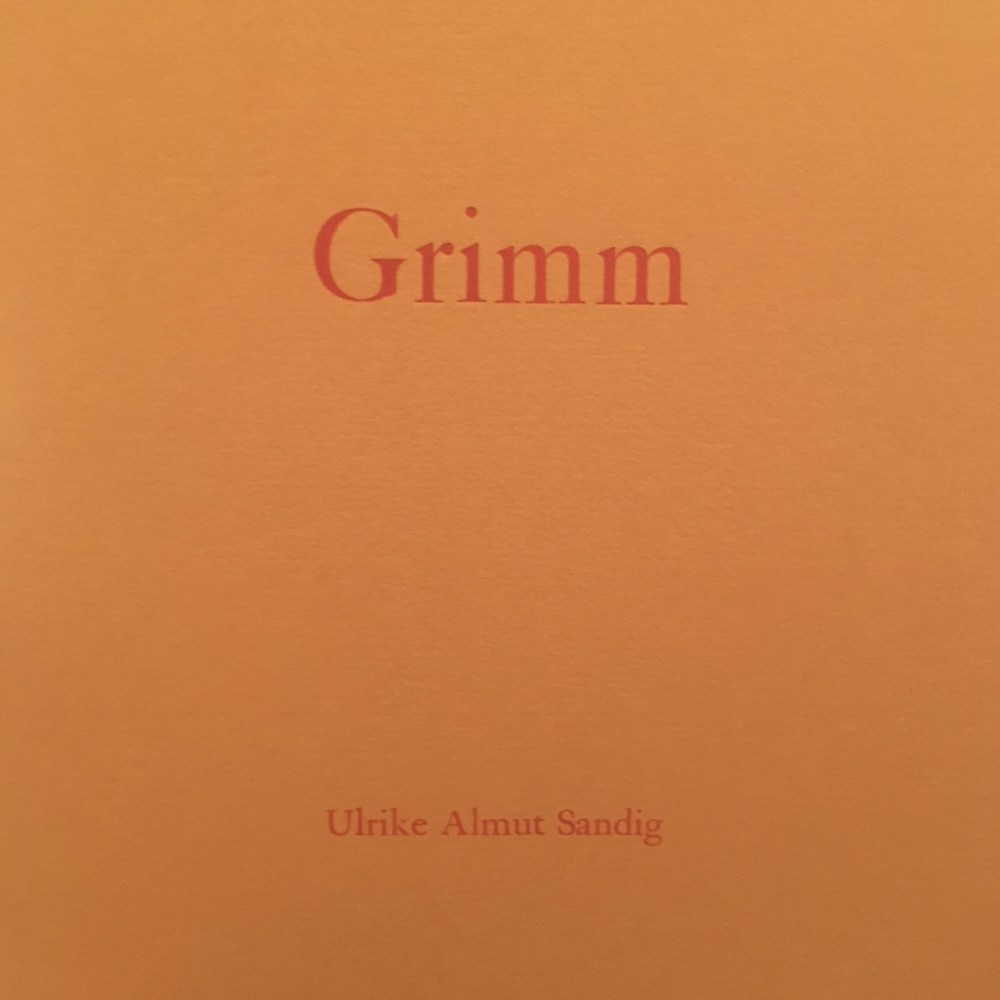 A significant project: to rethink the world within a time of political and economic crisis, wherein the female body is particularly precarious. Elliot Koubis on Asymptote. Read the full review here.

This cycle refers to The Children’s and Household Tales of the Brothers Grimm, first published in two volumes in 1812 and 1815 by Jacob and Wilhelm Grimm. It reanimates the dark side of Grimm and uses it as a backdrop for a very contemporary European concerns: war, migration, the rise of the Right.

Karen Leeder is a writer, critic and translator. She is Professor of Modern German Literature at New College, Oxford. In 2015 she was awarded the English PEN translation Pitch for her translation of Ulrike Almut Sandig’s poetry. Here’s to her website. 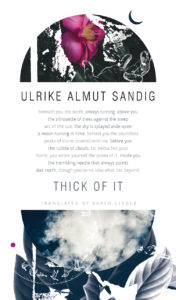 The poems of Ulrike Almut Sandig are at once simple and fantastic. This new collection finds her on her way to imaginary territories. Thick of It charts a journey through two hemispheres to “the center of the world” and navigates a “thicket” that is at once the world, the psyche, and language itself. The poems explore an urgently urban reality, but that reality is interwoven with references to nightmares, the Bible, fairy tales, and nursery rhymes—all overlaid with a finely tuned longing for a disappearing world. The old names are forgotten, identities fall away; things disappear from the kitchen; everything is sliding away. Powerful themes emerge, but always mapped onto the local, the fractured individual in “the thick of it” all. This is language at its most crafted and transformative, blisteringly contemporary, but with a kind of austerity, too. By turns comic, ironic, skeptical, nostalgic, these poems are also profoundly musical, exploiting multiple meanings and stretching syntax, so that the audience is constantly kept guessing, surprised by the next turn in the line. 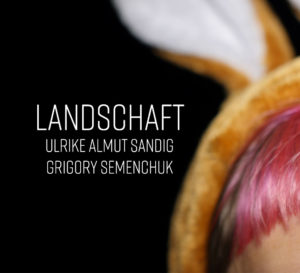 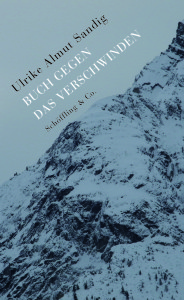 Peter Thompson’s sample translation of the story „About our Absence“.
Review in New Books in German
More info & press comments

Amid the unrest in Istanbul’s Gezi Park, a young journalist tries to cast off the expectations of his mother, who was bitten by the travel bug after the Berlin Wall fell in 1989. A hiker gets lost in the ancient, enchanted forests of the Engadine during a snowstorm. A little girl is flown by her grandmother to the end of the world during the transit of Venus. Where their traces lead is one of the many puzzles of these stories.

In her colourful and poetic prose, Ulrike Almut Sandig describes places that only appear to be gone. In reality they live on in the experiences of the elderly and the hopes of the younger generation. Relationships are buffeted by the storms of these stories, and deceptive certainties come unravelled. In her new book, Ulrike Almut Sandig uses the magic of storytelling to prevent whole worlds disappearing from our consciousness.

A short film by Harald Opel based on this book:

Review in New Books in German 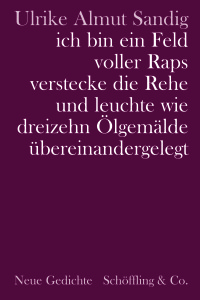 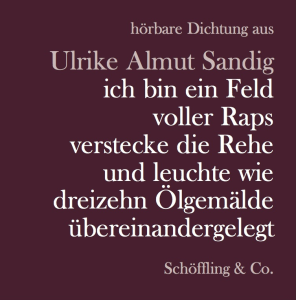 A clip by her poetry band LANDSCHAFT, Kiev 2016: 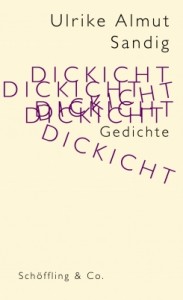 A short film by Harald Opel based on a poem from Thick of it: 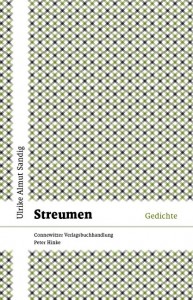 Jane Gibian’s translations on Shampoo Poetry.
Bradley Schmidt’s translations on Lyrikline.org:
in summer the elderly sit
my heimat
on a sinking ship
fishing
russian woods
in july
was the table, was the chair
was sky
let it lie

A spoken word impro with Grigory Semenchuk based on a poem in this book, Kiev 2015:

A poetryfilm by Harald Opel based on a poem in this book: 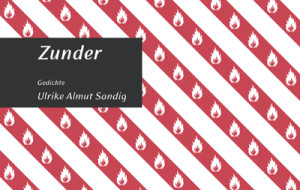 Poetry in Music with Marlen Pelny.
Published by Schöffling & Co. 2011.

Translation Workshop at Queen’s College in Oxford (UK) for the literary magazine Modern poetry in Translation: 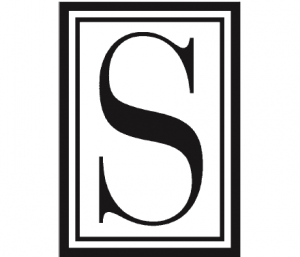 For further information on the author, bookings and to
aquire rights please contact the publishing house: 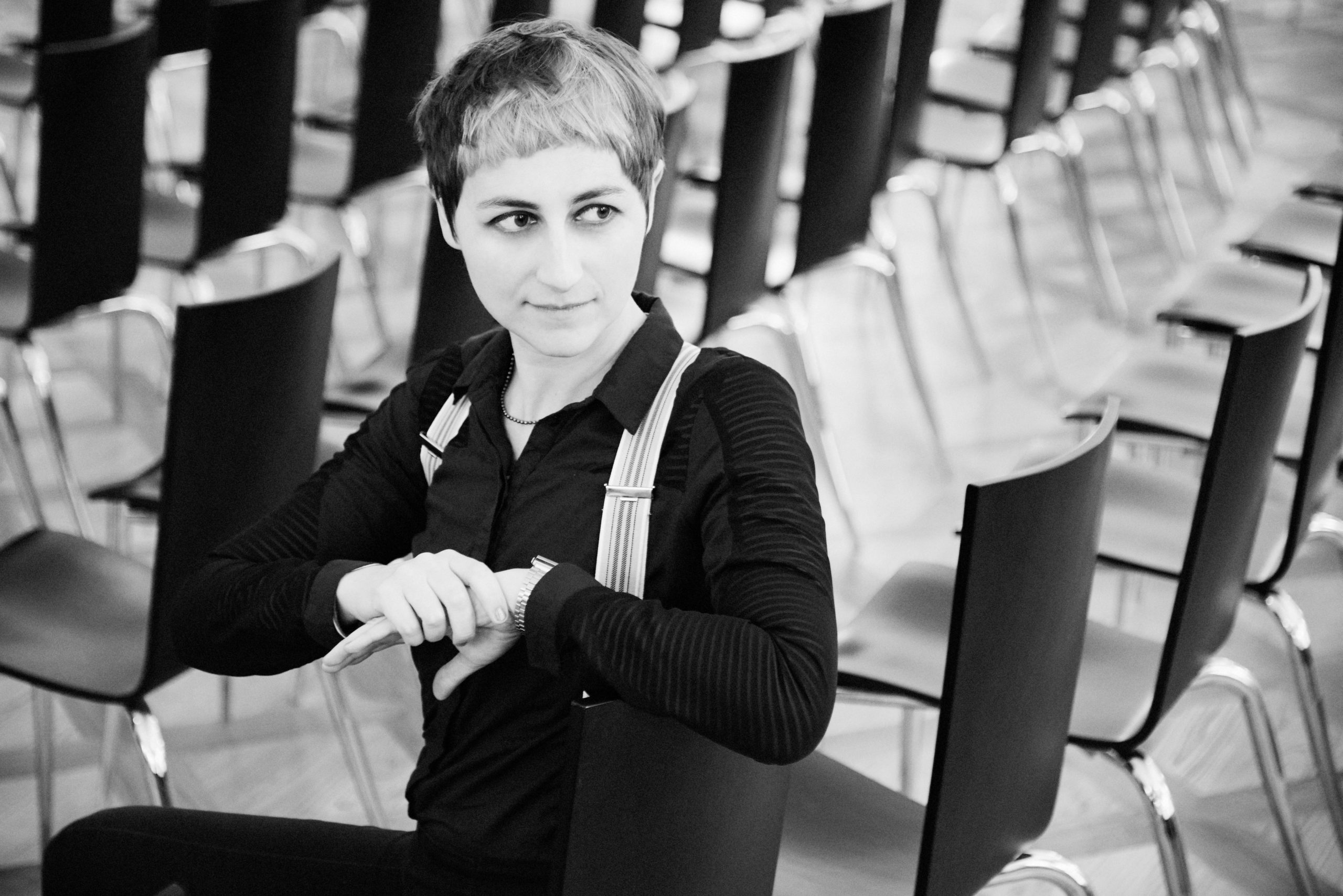